Blind mans buff a very old favorite on the kids indoor party games list that needs little introduction, but is hugely popular. One child gets a blind fold on and then has to identify the other guests by feeling their faces and guessing their names. If they guesscorrectly then the victim becomes the blind man. It doesn't sound that exiting butmy kids found it hilarious! Another version if you're having a sleepover is for all the kids to get in their sleeping bags or under blankets/duvets. The blindman (who doesn't need to be blindfolded for this) pokes some one who has to disguise their voice whilst shouting 'I'm Spartacus' if he guesses correctly they become 'it'.

Musical games There are lots of different musical games. Musical Statues, Every one dances a round. When the music stops every-one has to stay as still as a statue, if they move they're out. The last one standing is the winner. Musical chairs or cushions. Start with the same number of chairs or cushions, when the music stops they have to sit down on them. One is taken a way each time which means that some-one will be out every time the music stops. The winner is the last one in. Pass the parcel of course!

I'm a bit of a softy and always had a tin of chocolates for the losers to dip in to, so at least there was an up side to losing!

Flying fishes You need a fairly big room for this. Cut up fish shapes from a newspaper and write each guest's name on one. Make a finish line out of a pole, or you could use a hoola hoop. Each child gets a rolled up newspaper and they have to 'waft' their fish across the line or into the hoop.

The smelly shoe game All the children remove their shoes and pile them up in the centre. They all have to put on blindfolds whilst the shoes are mixed up. The winner is the person who can find both their shoes by feeling and smelling them! (best to make sure all the shoes are clean before you start this one!)

Sleeping lions Ask all the children to lie on the floor. The last one to make a noise is the winner. You could change this to your them. For sleeping pirates, fairies, power rangers

Quick on the draw This takes a little preparation thinking and writing down ideas to draw. Hang a sheet of paper on a wall or easel, and split the party into teams of 2. One child starts by picking an idea out of the hat and has to draw that idea. His team mates have to guess what his drawing within 60 seconds. If they do that team gets a point. The other team then has a turn. The wining team is the one with the most points at the end. You can also do this with play dough modeling the idea instead of drawing it. 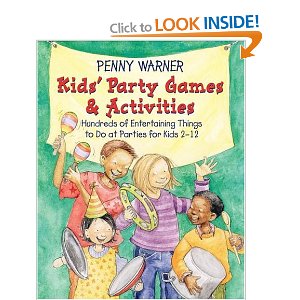 Fork & chocolate game. This is definately one of my kids indoor party games favourites. For this you need dice, a knife and fork, a large bar of chocolate, thick gloves and a woolly hat. Sit in a circle and each child gets one roll of the dice. If they throw 2 doubles they have to put on the hat and gloves and try to cut a square of chocolate from the bar, before some-one else throws a double. There isn't really a winner of this game, it's just good fun, and you get to eat chocolate! If you're worried about smaller kids with knifes you can try it with maltesers and chop sticks!

I hope that's given you some ideas for kids party activities!

Do you know any other kids indoor party games?

Do you have a great idea about kids indoor party games? Share it here...

What Other Visitors Have Said

Click below to see contributions from other visitors to this page...

This game is for 6 or more players and should be played in a large open space. To play,choose one child to wear a blindfold. The blindfolded child then …

All you need for this game is a blindfold and 4 or more players. If you play this inside,clear away anything that could tripped or stumbled on. First,blindfold …

Marco Polo Not rated yet
For this game you will need at least six people a large open space and a blindfold. To play pick one person to be It. Blindfold the player and spin …

Greetings, Oh Great One Not rated yet
Here's a good game for a class party. You need at least ten people to play, and it's guaranteed to get a bunch of giggles. Pick one person to be it …

Foot ID Not rated yet
You'll get some great reactions with this game. Place six different food items such as pizza, potato chips, cottage cheese, tuna fish, and even pet food …

Blindfold Tag Not rated yet
For this game, you will need at least a few people,an open area to play, and a blindfold. It's a great game for first and second grade kids, and you don't …

Where am I going ? Not rated yet
To play this game, set up a small maze in the room with different turns and other things.(Clear away any obstructions if necessary.) Then, choose one player …

clapping, where ? Not rated yet
To play this game, you need at least 6 people. Everyone stands in a circle. Have one player volunteer to be the guesser. That player stands in the middle …

bat catcher  Not rated yet
This game is for 6 or more players and should be played in an open area. To play,pick one player to be the bat and another to be the moth. The bat shouldn't …

blind guide  Not rated yet
To play,you'll need a blindfold and something small to hide,such as a toy. Then,choose one child to be the searcher. That players leaves the room. Then …

Fastest Mummy Not rated yet
When I was a kid there was one girl in my class who had the BEST birthday parties. One of the games we always played was to wrap the fastest mummy. …

Pass the Parcel - Where Everyone Wins! Not rated yet
We played a slightly different version of pass the parcel at my son's birthday last week. Usually I wrap up up one gift in many layers of wrapping paper, … 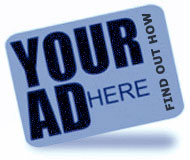 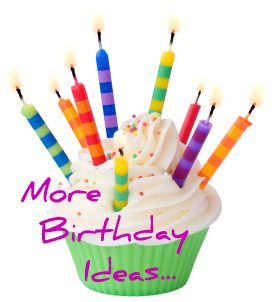