You want everyone to have fun, you want to make sure that as you deliver your speech, there are a few jokes in there that are suitable for everyone, but just how do you do it? It’s not easy, but let’s have a look at some tips for 80th birthday jokes.

My Grandmother used to recite The Serenity Prayer which goes like this...


I recently came across the Senility Prayer, she would have loved this one!

God grant me the senility
to forget the people I never liked,
the good fortune to run into the people I do,
and the eyesight to tell the difference. - Anonymous 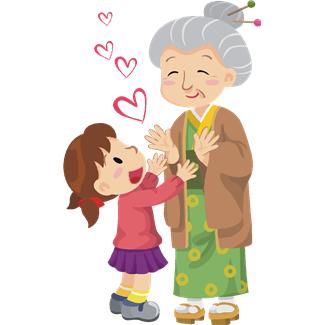 You can crack offensive jokes with your 2 or 3 close friends, but never try that at a party. Remember that there’s a mixed audience. It doesn’t matter if you think the birthday girl or boy might appreciate the joke.

It’s a complete no-no to crack a joke that you know will possibly offend someone. It doesn’t have to be a personalized joke. Even general jokes can be offensive. There are lots of 80th birthday jokes in the world. Google them if you must, but stay clear of bad language.

Remember too that there may be kids at the party. The last thing you want is for someone reaching to cover the ears of their son or daughter. 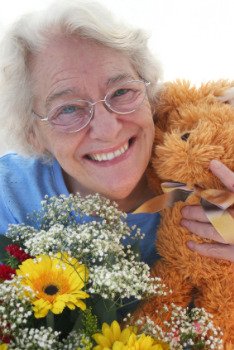 You may wonder what a bad memory joke is. Here is a good example. Its grandma’s 80th birthday and you want to get the audience laughing. So you start going on and on about her first husband who left her in a latch, left her in a bad place and she had to struggle to get out of it.

That’s a bad memory joke, no matter how funny her first husband may have been. Or reminding grandpa about his last stroke, the one that almost left him paralyzed. There are hilarious things you can say about this, but think about where you have transported him to in his mind. You may have just set the trigger for another stroke.

You get the idea about what bad memory jokes are. Go for the good stuff. Go for when you were all at the sea-side and you had him buried to his neck in sand, begging you to get him out. There is humour in that, and it will only bring back good memories of a seaside holiday.

Reach from their era

Funny things have happened and funny people have existed since the world came alive. If you search hard enough for 80th birthday jokes, you will find something that you can make fun out of from that era. How about how they used to dress?

If it was bell-bottoms and big hair, right there you have a joke that is not going to offend anyone and will make people happy (no mention of body parts of course. You can use people from their era who were funny too. When they were young, there must have been some comedians around who were well-loved.

If you have an 80th birthday poem, then you can put the joke in there, especially as an opener to catch people’s attention.

I get up each morning and dust off my wits, then pick up the paper and read the"o-bits." If my name isn't there, then I know I'm not dead. I eat a good breakfast and go back to bed. -Anonymous

Chris Rock is great, but 80 year old grandma or grandpa may just not get it. It’s a common mistake that people make, and not just at parties.

They don’t check to realize if the audience they want to crack a joke to will actually identify with it, and we the younger generation, because we are most familiar with jokes from our time, find ourselves caught in awkward situations sometimes. For your 80th birthday jokes, stick with something that all can understand.

Have your say about what you just read! Leave me a comment in the box below.